Tutorial – How To Turn your Cupboard Door into a Velcro Wall 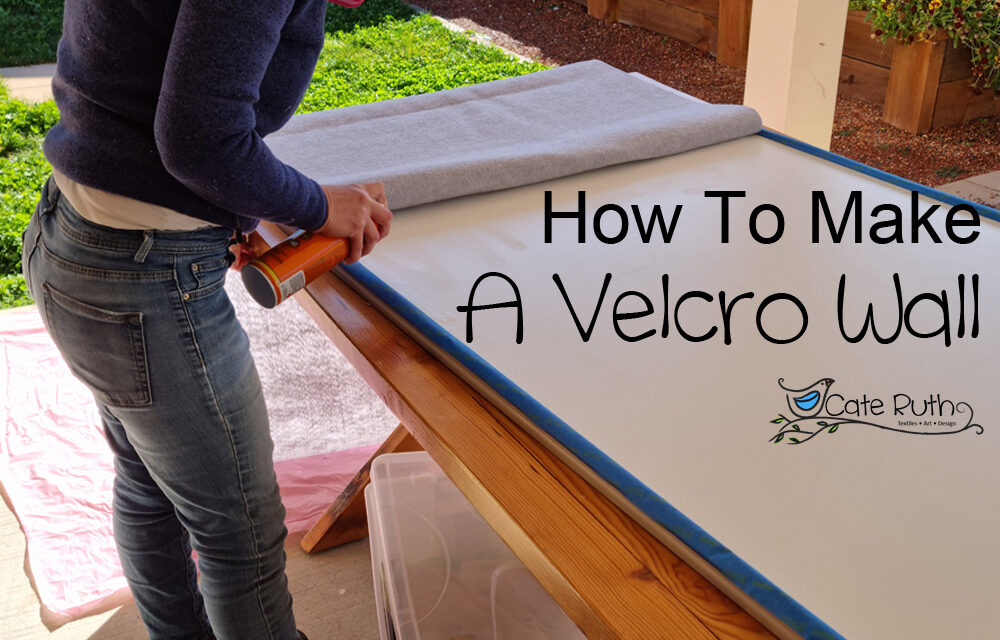 Because we all need a velcro wall in our lives!

You see, it all started when I really wanted to create a “Family Tree” for BB. He doesn’t get to see his extended family much, so I thought putting photos of everyone on the wall for him to see and interact with would allow him to have some connection with them. BUT when I used blutac, he pulled the pictures off and ate the blutac! Then I tried using velcro dots, I figured he was going to pull them off anyways, but this way he wouldn’t eat anything weird. Except when he tried putting them back on the wall, he couldn’t line up the two little dots of velcro. Thus my search for something I could use as a velcro backing begun…

A quick google search gave me lots of options. But when I noticed Spotlight had some fabric that might do the trick, I jumped in the car and went to check it out. Sure enough, “Wonderwall” was exactly what I was looking for, and it was half price on the day! I bought two and a half metres, just to make sure I had enough wiggle room, but that ended up being way too much, and I have plenty left over to make some smaller velcro boards.

First measure your surface and then measure and cut your fabric. I ended up cutting my fabric a little bit bigger than the door, and then came back and trimmed the excess off.

Then you need to make sure the surface your sticking it to is nice and clean! I used mentholated spirits  to wipe it down. I also taped off the metal surrounds to keep any glue overspray off it and keep it looking nice without too much clean up! 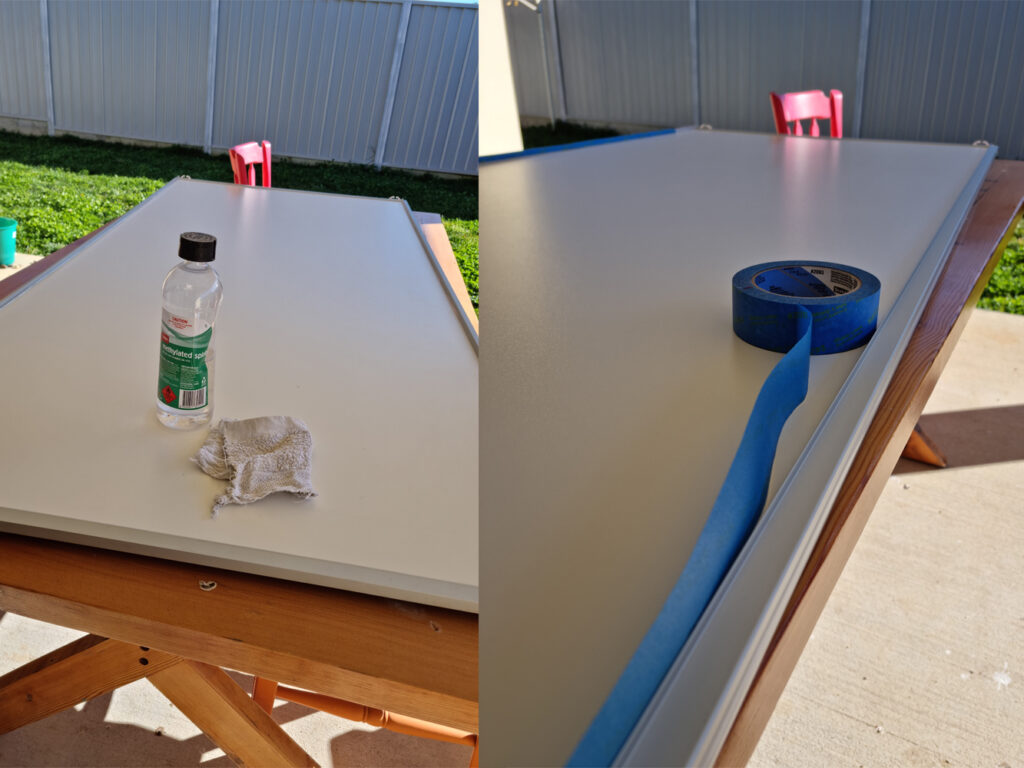 I sprayed and glued down in sections. First I would spray approx 30cm of the fabric, then approx 30cm of the door, then slowly stick the two together, making sure to press it out nice and flat, before repeating and continuing the process until the whole door was covered. Pay special attention to keeping the fabric aligned, this is where it is helpful for the fabric to be slightly bigger than the door, so you can come back later and trim it up. 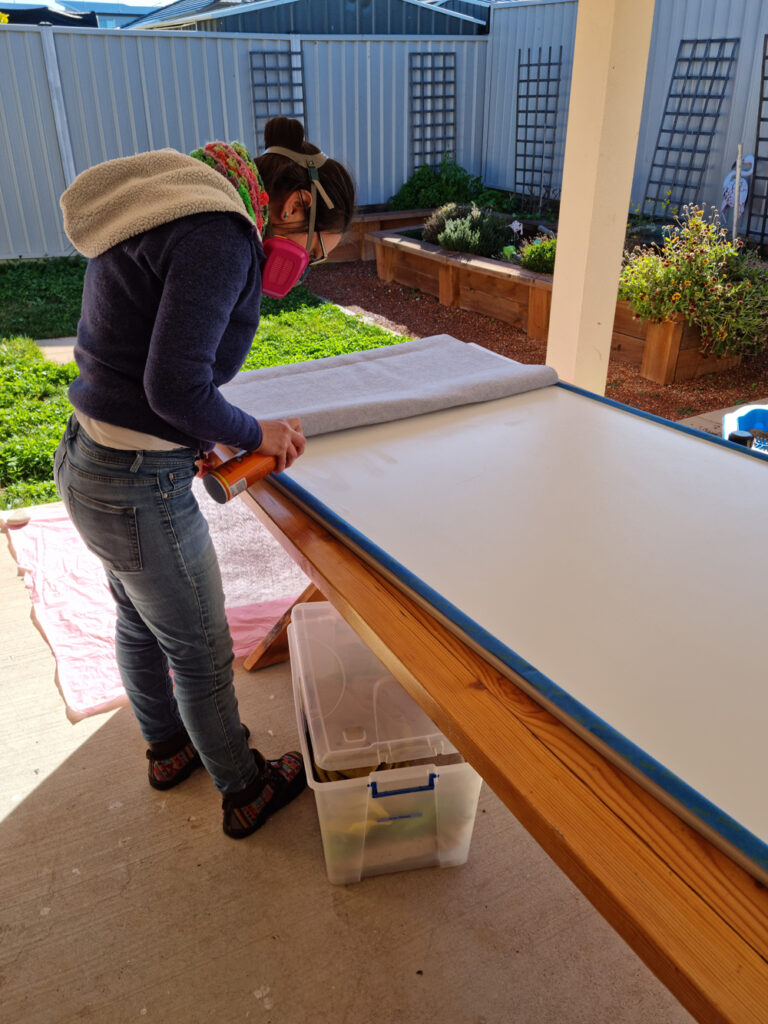 You might need to trim your fabric if you cut it a little bot bigger than the surface you are covering. I used my rotary cutter (with full intentions to change the blade afterwards) and ran it along the edge, removing the excess fabric 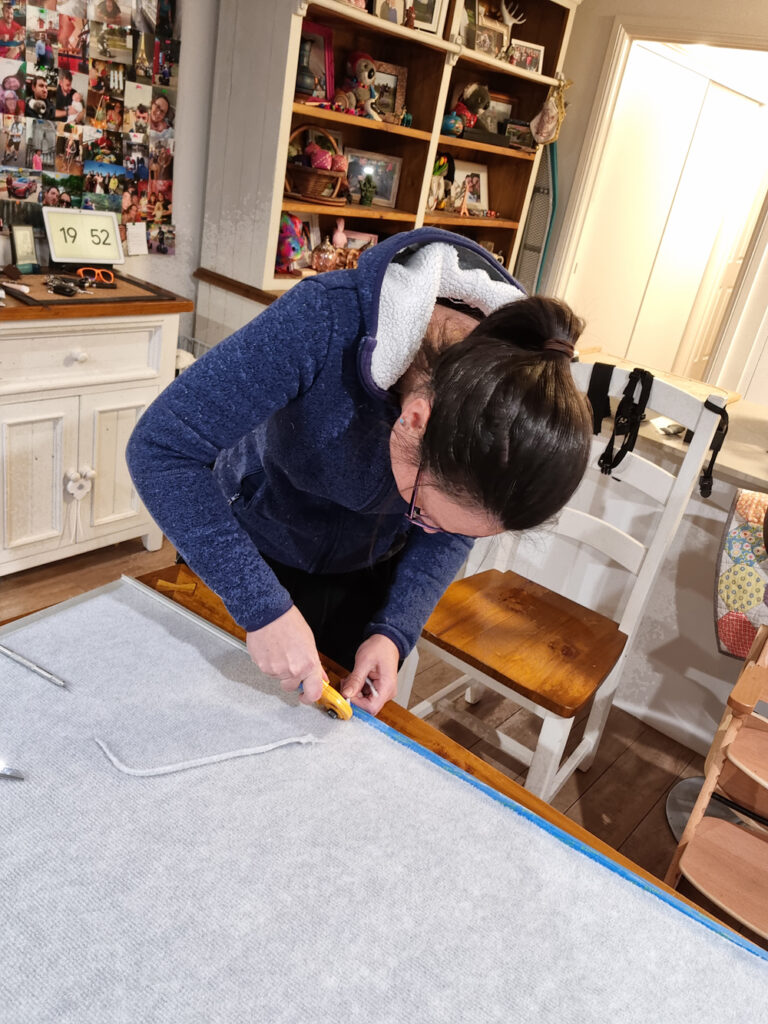 Once its all dried and trimmed, its ready to be rehung and put to use! I have made some resources for it, but have many more ideas in the works! At the moment it has some laminated family photos, and their names on leaves. We painted an alphabet which we also laminated and attached the hook side of velcro to the back.

It should work well as a felt board too. For Christmas I will cut some felt into Christmas ornament shapes and a tree so BB has his own tree he can decorate and re-decorate to his hearts content! 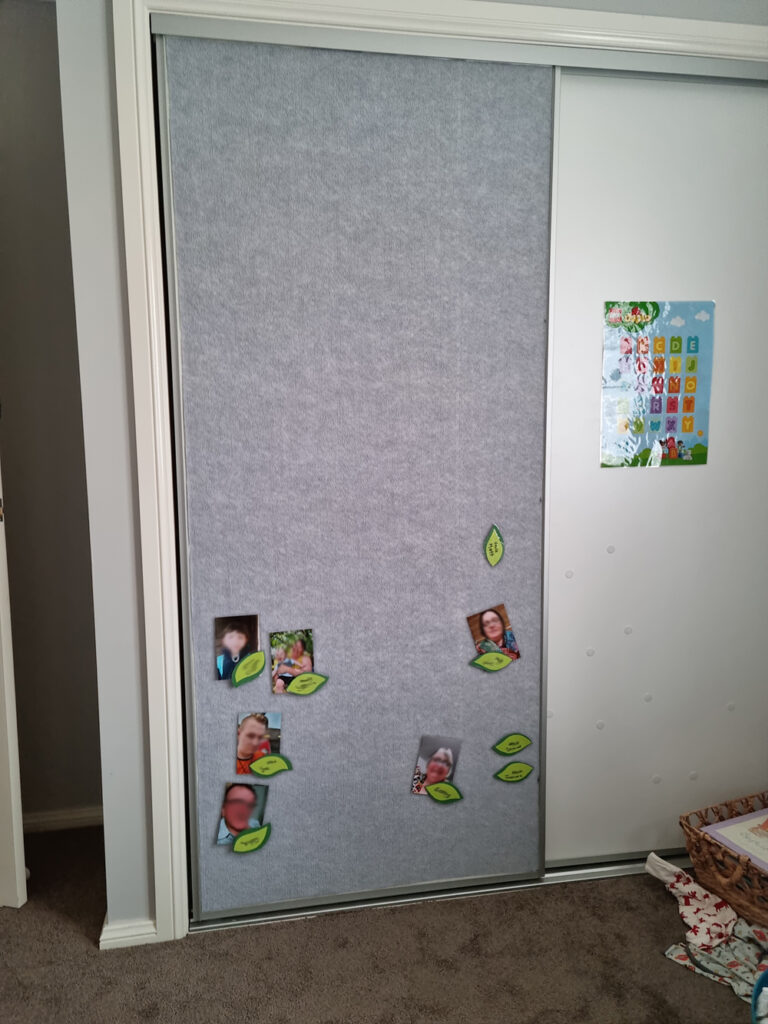 I can see us having a lot of fun with this! It would even make a good design wall in the studio… hmm 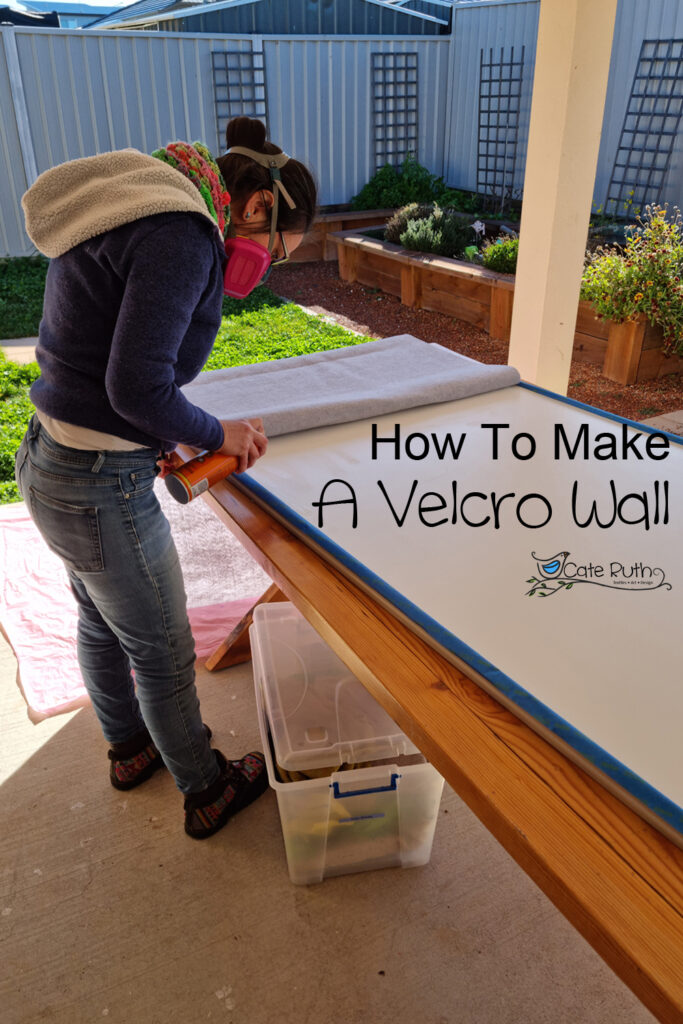 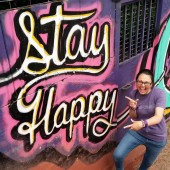 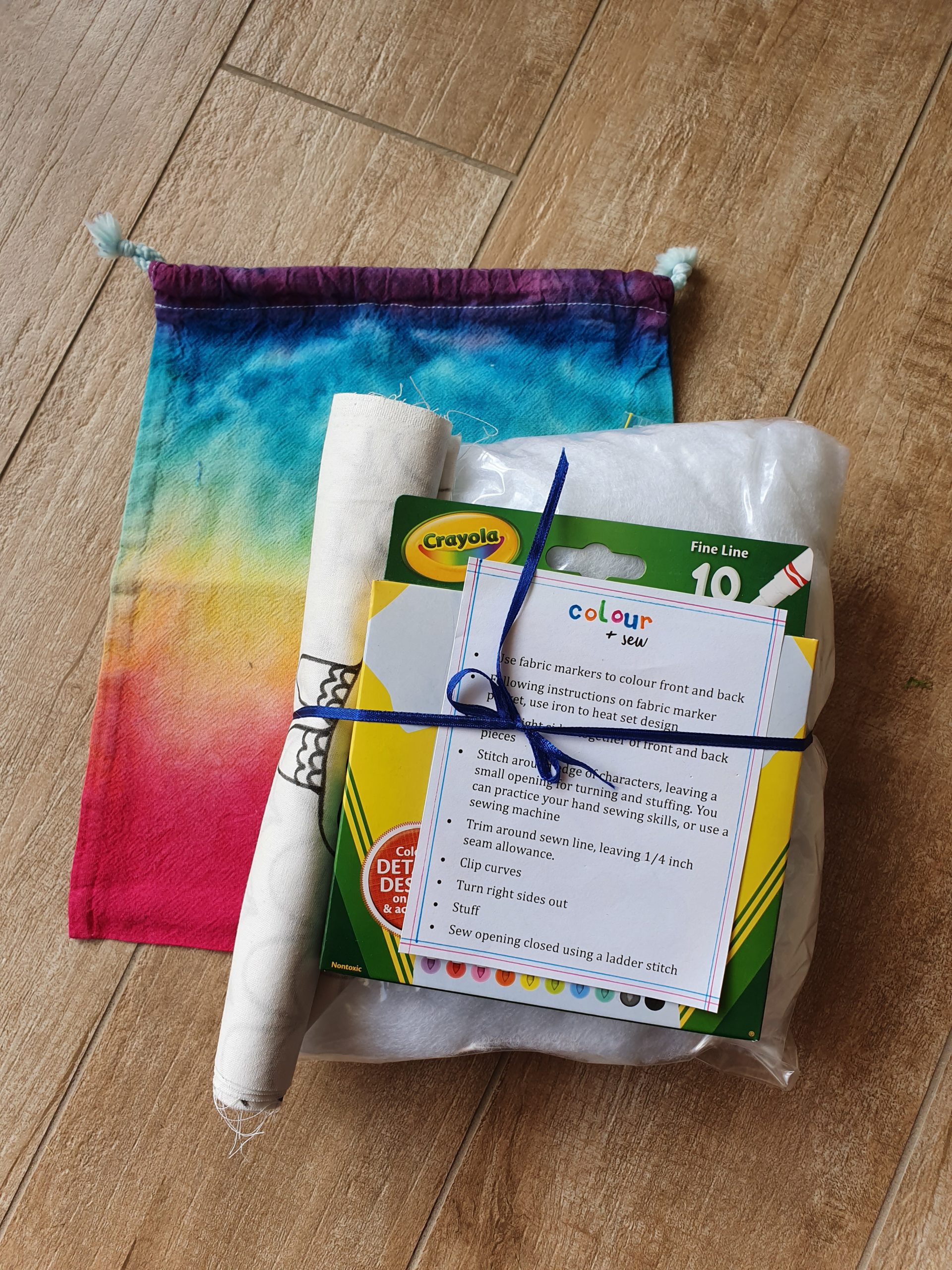 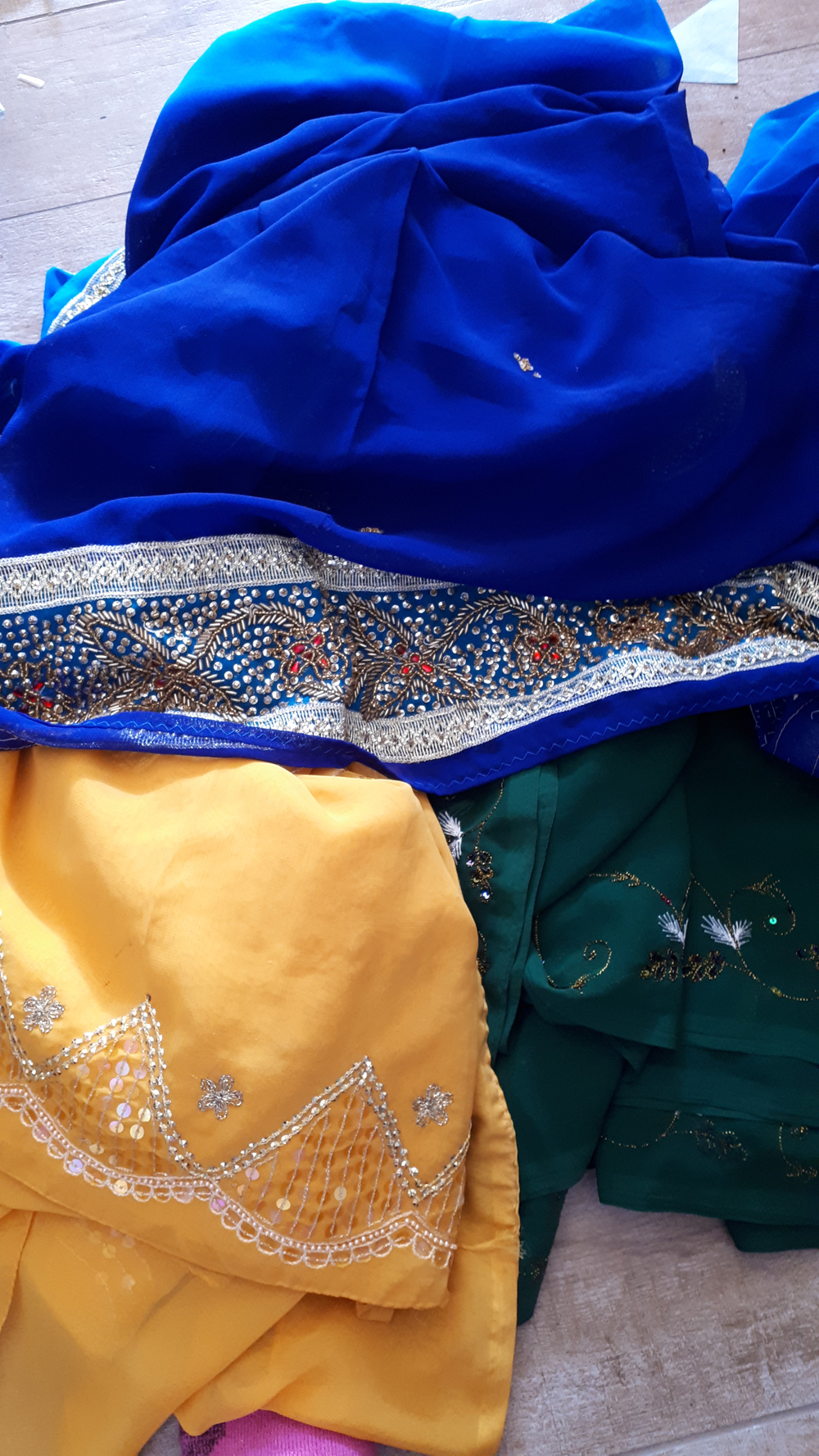 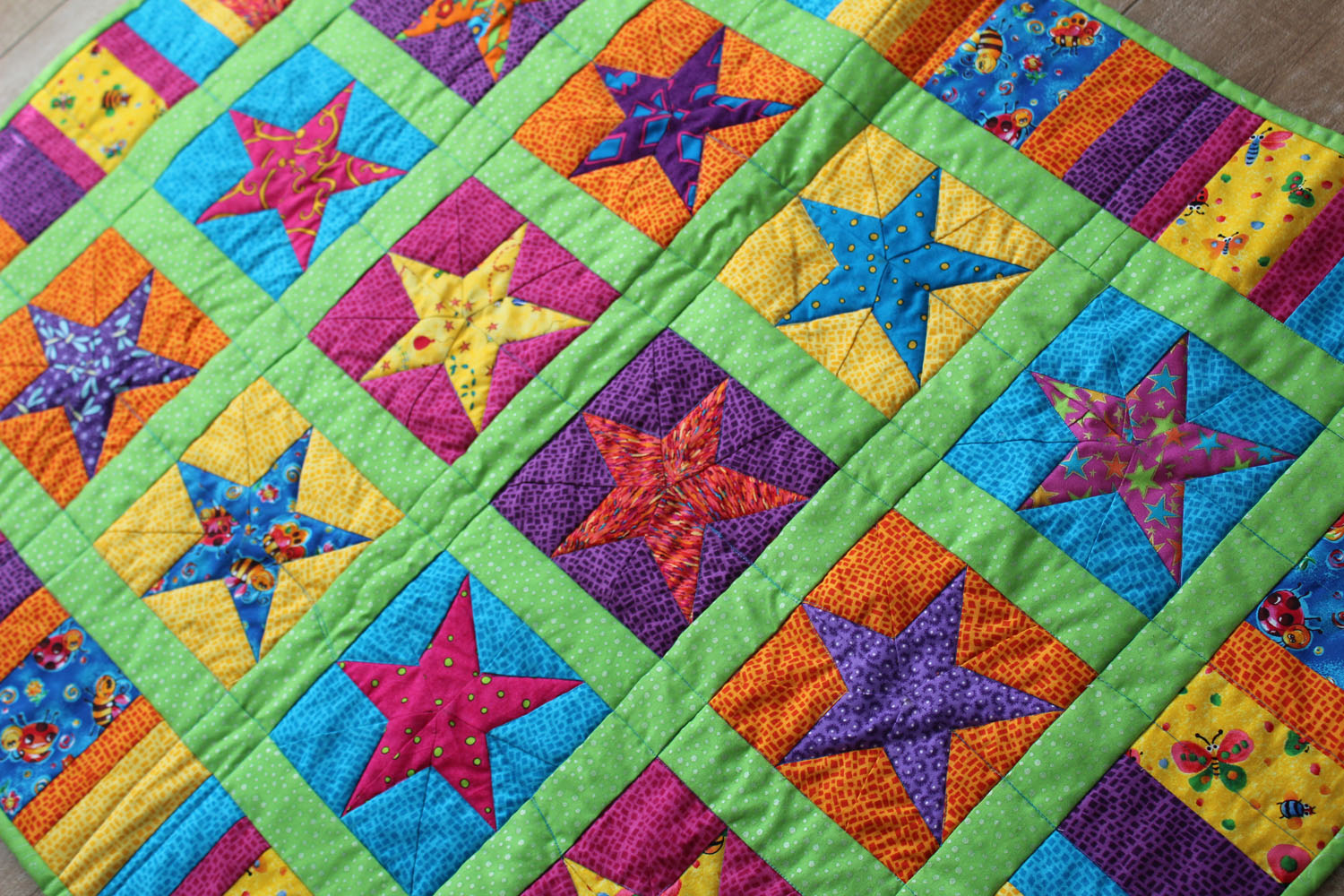 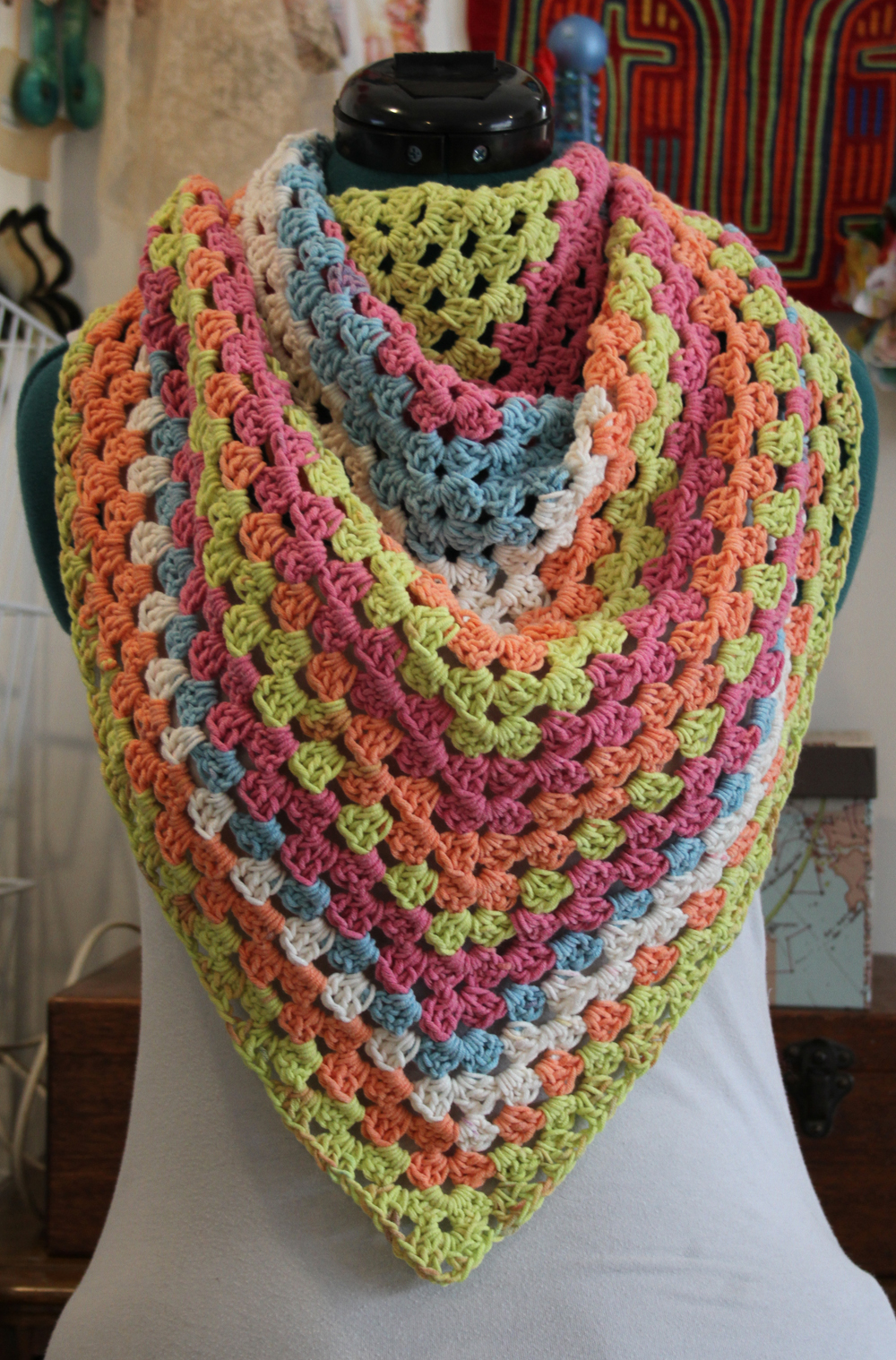 Tutorial – How to make a Half Granny Square Scarf 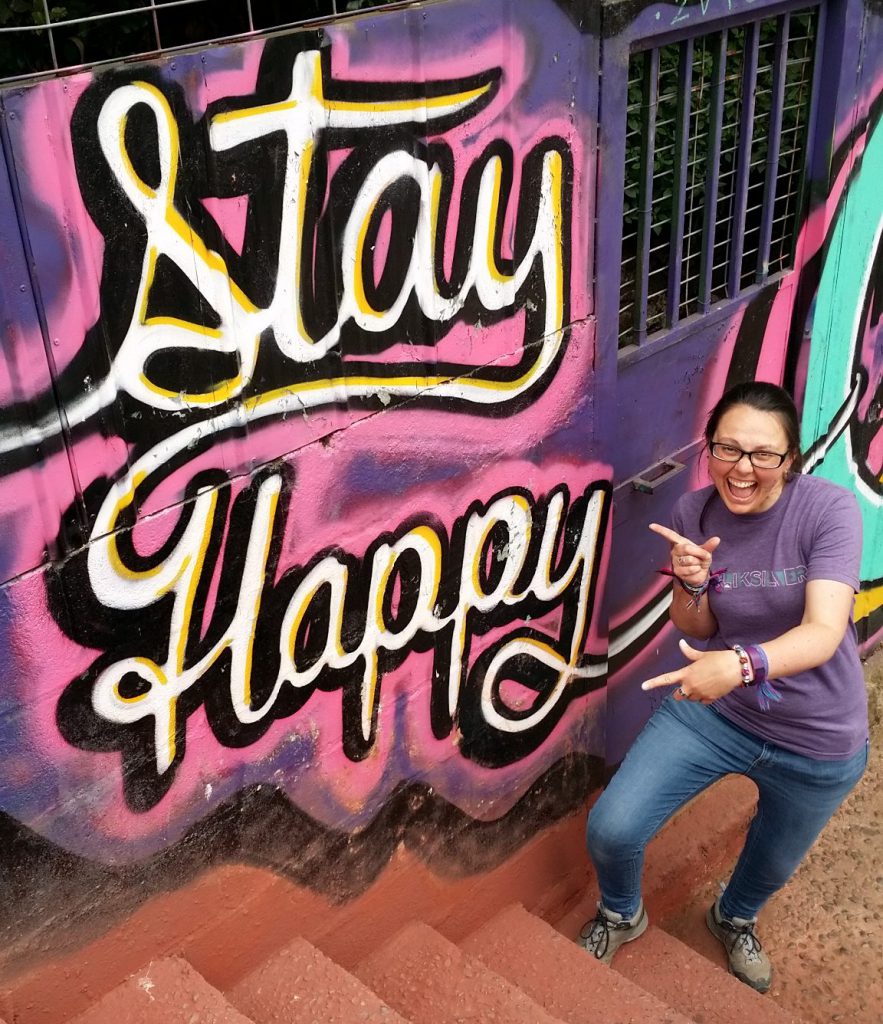